The day we hoped would never come ...

It's late on Friday night, and having nothing better to occupy myself with for the next 45 minutes whilst I wait for a professor of clinical oncology from America to return my call I figured I'd try and use the time to productively to write an update for the blog. I'm afraid it doesn't make happy reading.

Adam had an MIBG scan yesterday and the news we received this morning was that there is progressive skeletal disease, and the suspicious lymph node seen on MRI is now also visible on MIBG. The results are those we expected we'd get three months ago when we returned from Germany, but didn't. Now, however, there is no doubt, no alternative explanation, no hiding from the truth. Adam's cancer is growing again, and in the words of his doctor "it doesn't look good."

In truth we had prepared ourselves for bad news. When the technician part way through the scan inquired as to whether Adam had coins in his pocket it didn't take much to figure out they'd seen something that shouldn't have been there. Today's phone call was merely confirmation of everything that we feared. Had that exchange not happened, however, today's news would have come as a big big shock. Adam doesn't look ill, doesn't act ill. Anybody who didn't know he is ill would never guess at the fact. The greatest irony of this moment is he's probably as good as he's ever been right now. Or rather he seems as good as he's ever seemed. I don't think it's merely coincidental that his disease has progressed at the same time as he's grown a full 3cm in the space of just 4 weeks. He's started growing, everything inside him has started growing … neuroblastoma included.

Having talked briefly on the phone with Adam's consultant this morning, I went into the Marsden late afternoon to discuss more fully what to do next. Further tests to check for bone marrow infiltration, and possibly an FDG-PET scan to compare to the one we did last year. Having had his central intravenous access line removed only a matter of weeks ago, Adam will now require a new one to be fitted …

And so to the part that hurts the most right now in the rawness of it all; to think about, and to write. The hickman line removal, going to school regularly, signing up for cricket club. Adam has only just started to taste life as a normal little boy again, and it's all about to get taken away from him. He's been so happy recently, and now we must break his heart.

He's no longer the 5-year-old boy that was diagnosed with cancer all that time ago. He's eight-and-a-half and he's been through so much since then, he's more grown up and a lot more mature. We have to sit down with him and explain the situation, what it means. Back to full-on treatment, back to endless hospital visits, blood draws, infusions, transfusions, scans, tests. We have also to explain to his brother and sister. For our future most certainly now lies beyond these shores. The short time that we had together at home as a family unit after our back-and-forth to Germany is about to come to an abrupt, and indefinite, end.

Over the coming days and weeks a new plan must be put in place. We'll start with trying to select the best treatment option for Adam, and work out the logistics afterwards. There is no way to navigate this other than trying to figure out, in consultation with doctors both here and abroad, the best thing to do and then getting on and doing it. Whatever it involves, wherever it takes us, however much it costs.

America is overwhelmingly our most likely destination. Germany have their own approach for treating relapsed neuroblastoma using haploidentical transplantation. They've seen some very encouraging early results, but such treatment requires as little disease burden as possible to start with. We never got Adam close to remission the first time round, so I don't see how we can have any prospect of it now. Our best shot is surely to try to reduce the new growth as far as possible, and get back to a stable disease state.

I almost wish I could un-know what I know, but that is not possible. I almost wish I could start believing in miracles, but I cannot. At the same time we're not yet devoid of hope. And therein lies the fundamental problem with this country. With its almost complete lack of options, save for more chemotherapy or more radiation, it has nothing to offer families like us. I can look across the pond and see children in America who are alive and well years after relapse or progression. They do one treatment until it ends, or stops working, and then they'll move on to another. But most importantly of all they have a reasonable quality of life to go with it. They go to school, they go to clubs, they enjoy normal social interactions; their lives are not solely about hospitals, treatments, and cancer. For children who do not have fast-growing, ultra-aggressive, disease their neuroblastoma may be treatable as a chronic illness. That's got to be our new hope for Adam. In a sense this is a return to our past hope, in the days before his cancer showed such uniform stability that we dared consider the possibility that it had matured into a benign form.

The fact we live in the UK when we need to be in America, the fact we are liable for any and all treatment costs abroad, means we face enormous challenges to achieve our aim. But the only other choice we have is no choice at all. We will not give up. We will never give up. I think deep down in my heart I always knew it would come to this.

We're ever thankful for all the support we've had in the time since Adam was diagnosed, and the tremendous response we received after we launched Adam's Appeal. I'm afraid we're going to need much more of that support over the weeks and months ahead. It was our most fervent hope that we'd never find ourselves in this situation, but now we have. We know we have some tough times ahead. All we can do is remain strong, do whatever needs to be done, and pray that things work out for us.

Thank you for sticking with us, and please keep our wonderful, beautiful, brave little boy in your thoughts. 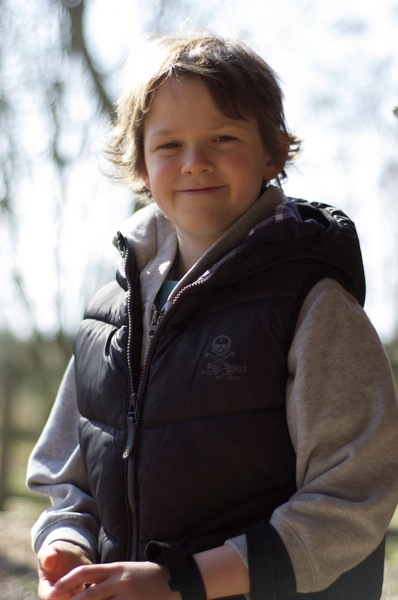